The Madness of Ludwig II

Ludwig II was framed. His father, Maximilian II, died three days after falling sick, and was probably poisoned by his uncle. That same uncle became Regent after having a doctor certify Ludwig II as insane without seeing his patient, and both doctor and patient were found drowned in a lake the following day. Here's a picture of my son rowing in that same lake this week - you can see the two castles Ludwig lived in behind his head (Hohenschwangau on the left and Neuschwanstein on the right).

Ludwig was also madly in love with Richard Wagner (never a good thing), and built a castle based on Lohengrin, Parsifal, and so on. I've been doing a puzzle of it for six months so it was instructive to compare it to the real thing. Here's a close comparison of the two: 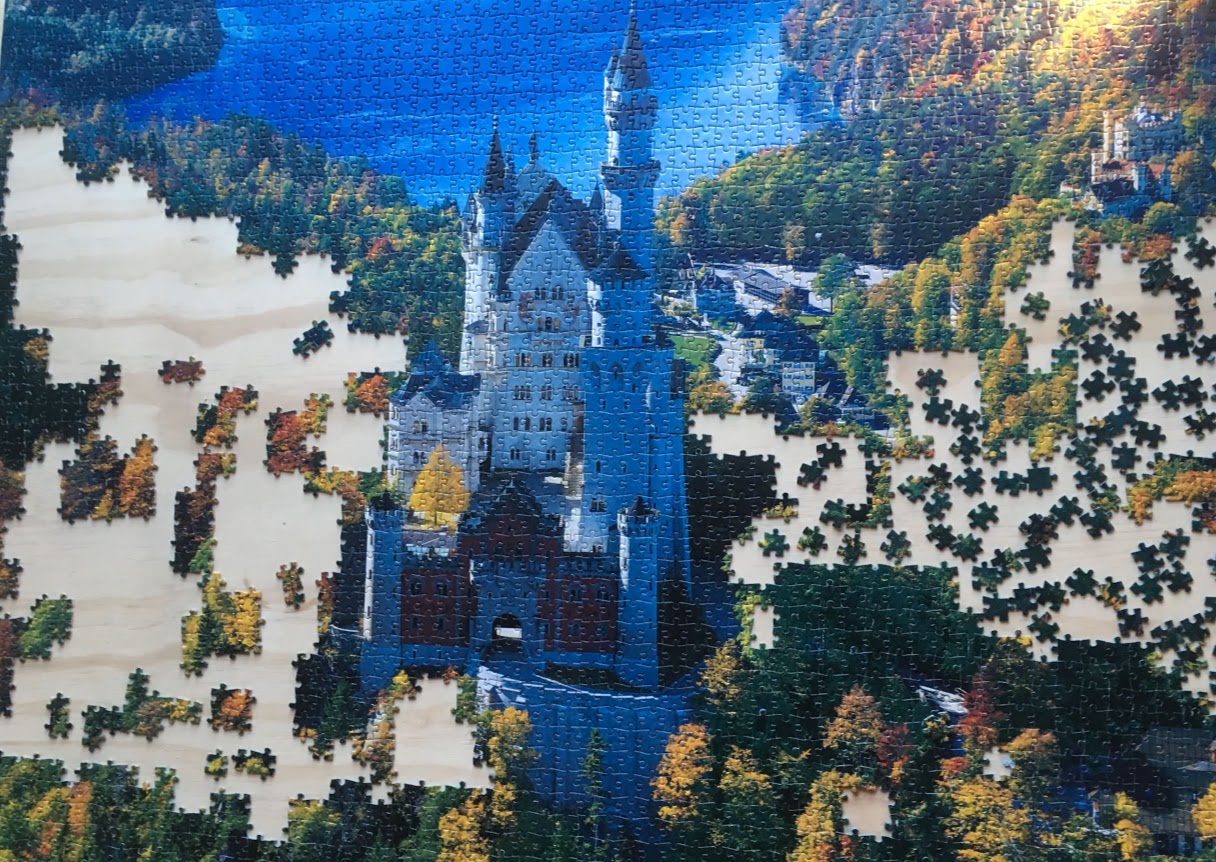 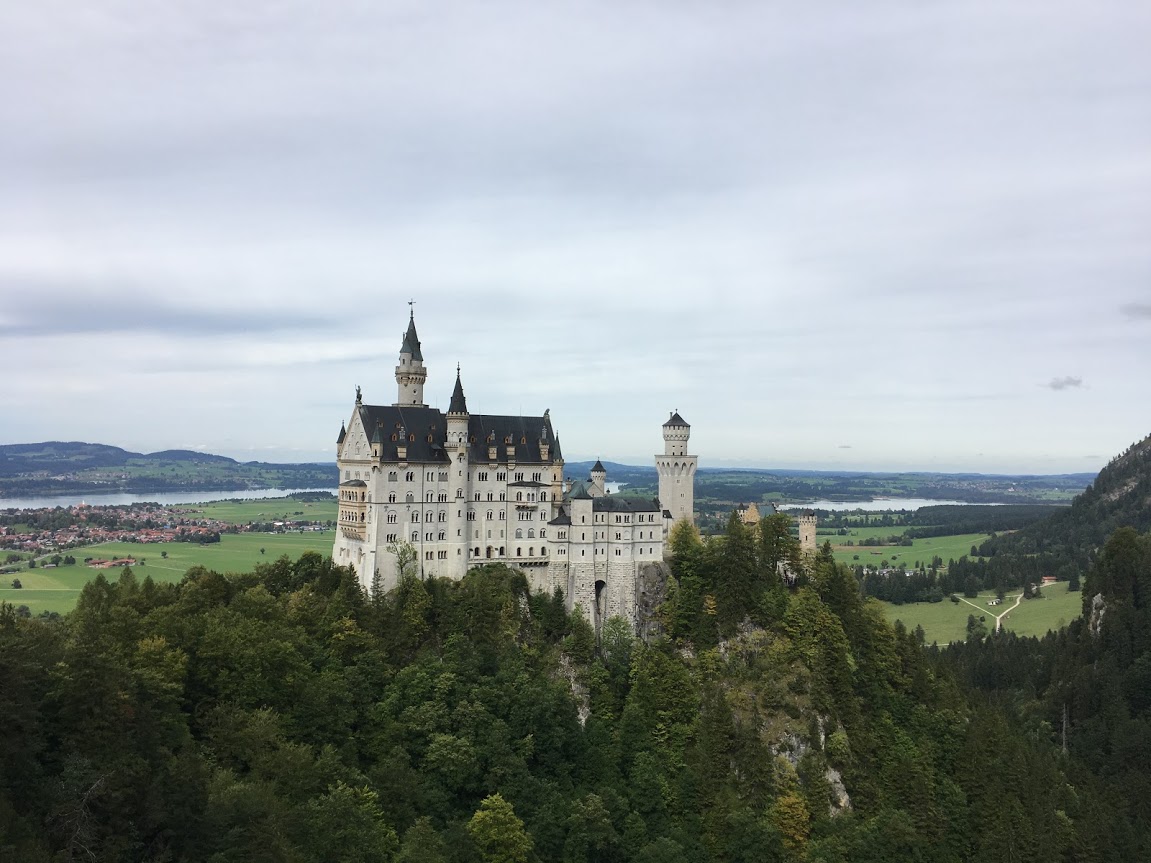 The real Neuschwanstein is off the hook - the room next to his study is actually a stone grotto, complete with stalactites and scallop shells, taken from a theatrical performance of Tannhauser. A bathing room with an extensive veranda for sunbathing was planned but never built. We are told of his penchant for heavy perfumes, and that Ludwig was a lifelong bachelor. It's good that Bavaria had a gay king, and even better that visitors to Neuschwanstein are being let in on the 19th century's worst-kept secret, but it is a crime that his castle is held to be an example of historicist architecture. Yes, Ludwig loved the medieval legends, and yes, he built a five-story chapel on the second floor in a Byzantine style complete with a two-million-piece mosaic, but he also had a swan faucet with running water from a very modern plumbing system. The toilet behind the wood paneling in his bedroom had a flush mechanism and connected with a sewer line - in the Tirolian Alps. There was even a telephone installed via a landline laid down in 1884. ("Cool!" said Teddy. "What's a landline?") And the grotto had multicolored electric lighting - it was the original disco ball. So maybe he ended up 14 Million marks in debt. But he was never insane. Just a century ahead of his time. I think he would have liked Carnaby Street.

Meanwhile, Teddy and I were performing our own act of cultural appropriation, by wearing the full lederhosen kit, purchased from a Chinese family who made me strip to my underwear (three times!) in a shop window next to a crowded street in order to get me into a pair. Here we are at one of several beer tents in the Theresenwiese (the meadows of Princess Theresa - I'll explain in a minute).

Rocking Lederhosen in the Free World

Teddy asked that no pictures of him with full liter steins of beer be posted, to save his future job prospects. But we can definitively say that the beer in Munich ranks as follows:

#1: Paulaner - refreshing, especially when there are no seats and Brigitte the kind waitress sees our agony at being the only non-beer-drinking people in a tent of 10,000 people singing the same song over and over again and drops us two for 30 Euros.

#2: Pschorr - tasty, and the favorite of the true Bavarians, the grannies staring sightlessly into their beer steins and their kind elderly German men, and the pizza manager from Palermo who said that I didn't speak any European language properly but just spoke "Spook" - his term for the melange of random polyglot words I usually use when speaking a language other English. I agreed with him: for Joyceans, "Spook" is very much like Wakese.

#3: Augustiner Hell - well named, and can anyone explain just why there is a sign over a door in their brewery that says "Juden Wagner Salons"? What is going on with these people?

#4: Spaten - backwash. How these breweries stay in business after 680 years is beyond me.

#5: Lowenbrau - swill. Especially disappointing given that the last time I ever drank one was on August 13, 1994, the day after my first child was born.

#6-#10 - all the other forgettable stops on a beer tour that made me miss my old Brewdog at home. Everything Brewdog makes (Cybernaut, King of Eights, Clockwork Tangerine, Albino Squid Assassin, everything except for Elvis Juice) is far far better than any of these. When we went to the Bayern Munich game, Teddy discovered to his delight that the Scottish man next to us was also an Equity Punk (a Brewdog investor - the two main breweries are in Aberdeen and Columbus). Here we are, two old Scottish and English beer snobs in the land of plenty. 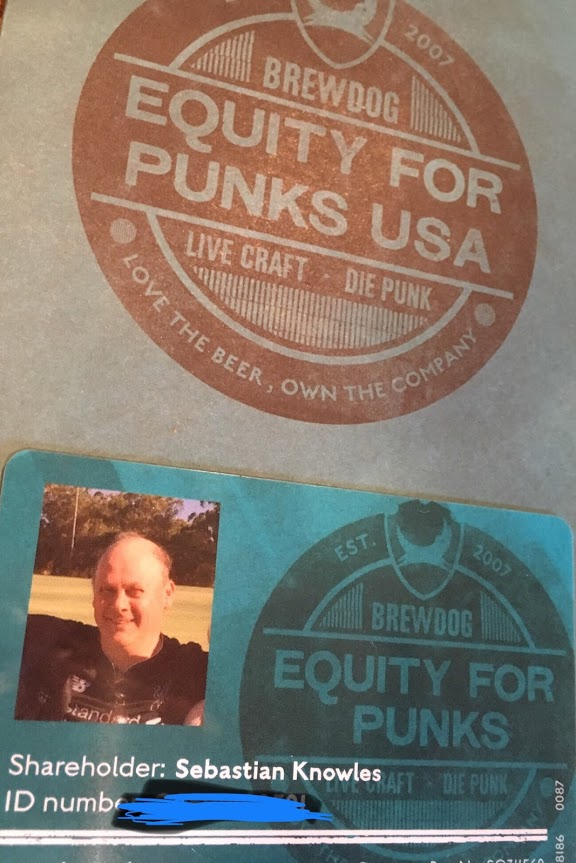 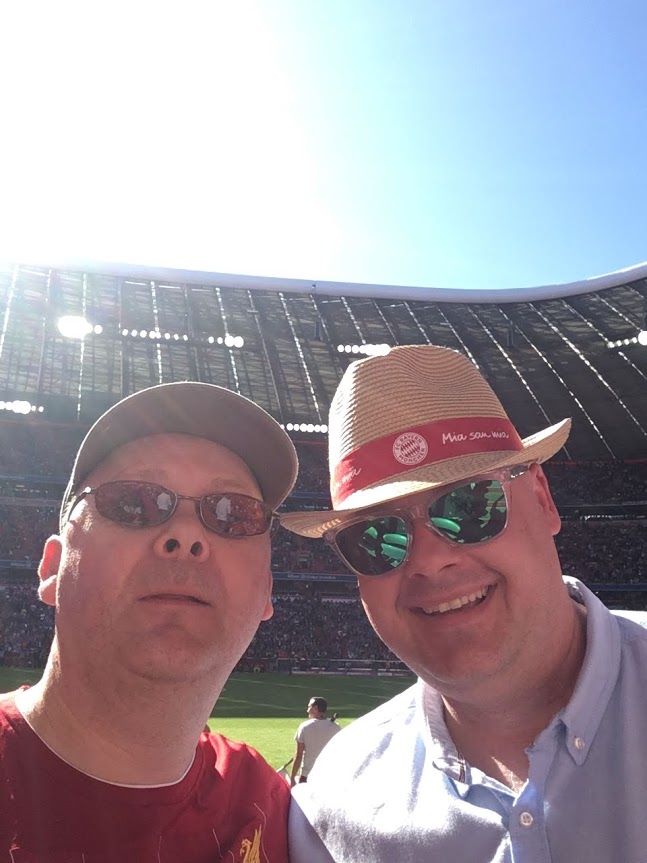 But it was the historical tour of Munich's National Socialist past that most unhinged the doors of history. In retrospect, the two of us fully dressed in lederhosen wasn't the best way to see the Haus der Kunst (now a celebration of all that the Nazis tried to destroy), or the place where the Beer Putsch was memorialized during the Third Reich, now a gravel pit with a sombre flame. Munich has had to dig deep to try to cover the traces of Hitler's rise to power, a rise so closely allied with the city's twentieth century history. They did so by digging further, back to the Maximilians and Ludwigs, and further back to the forgotten heroes of a old Bavarian world, moving literally past the period of 1923-1945. Dachau does the same - when I was last there, it was ostentatiously preparing for its 1200th anniversary. The Germans move forward in the present by moving back in time. This movement, which T. S. Eliot would have recognized, is given a spatial form in the tomb that memorializes those who died in the First World War. To get to a bronze statue of a soldier lying on a plinth like a knight in a crypt, you walk down twelve steps to a courtyard, and then down five steps to the memorial itself, on which the words "UNSERE GEFALLENEN" are carved, and then you walk inside the memorial (down two steps), where you are literally entombed with the fallen. Seen by flashlight at 8 o'clock at night in an otherwise empty Hofgarten, it was one of the most powerful war memorials I've ever seen.

Teddy was bitterly uncomfortable with the whole experience and said that the wearing of the lederhosen felt "degrading" - it was only when we caught up with the surfers on the river in the English Garden and spectacularly failed to gain entrance to P1, Munich's hottest bar, that he became used to the weirdness of it all.

Speaking of weirdness, the opening parade was led off by a young Munich lady on a horse, known as the Munchner Kindl (not to be confused with the Stuttgart E-Book), who by rule had to be a child of at least two generations of Munich parents (proudly waving from the cart behind).

The Kindl used to be a monk, but we've moved beyond those barren times, and now Oktoberfest is a celebration of many things: Princess Theresa's wedding to Ludwig's grandfather in 1810 (in her meadow, now 60 acres of beer tents and ghost rides and steam punk exhibits), centuries of Bavarian folklore (the iconography of fertility and harvest became overwhelming - cornucopias and dirndls began to look like very dirty words after a while), and a certain unsubtle call for national purity that was reinforced by every conversation we had except one (with two soldiers from Ft. Bragg at the Hofbrau Haus - long story).

When a woman wheeled her actual baby in an old pram past the approving crowds lined on each side of the tramlines, I could only think "Blessed be." Welcome to Gilead.

But why on earth the promotional literature for Oktoberfest should advertise that "six million people are served every year" is utterly beyond me. There are some numbers that you simply don't use if you are a Munich tourist trap. 6 million is one of them. It is as much the number of the Holocaust as 666 is the number of the Beast. Sam Knowles, my uncle and author of Narrative by Numbers, has written on the compelling nature of particular numbers to tell particular stories. That the writers of advertising copy for Munich's tourist brochures are oblivious to the resonance of that particular number, in that particular town, is particularly disgusting. Some stains are indelible.

And all this time, Teddy was still getting a 0/100 on his sociology test for skipping a week to be with his Dad during the term. He asked his teacher if he could write an essay on the sociological and cultural experience of his time in Germany for extra credit, and was denied. If nothing else, this will be a good story for him to tell later in life: how he got a B- in Sociology for going with his Dad to Oktoberfest. But I owe him more than that. Here's your essay, Teddy, if you can ever convince your teacher to read it. Prost!